"Divide and conquer" (or "divide et impera") is an age old saying used by Florentine philosopher Niccolo Machiavelli (1469-1527). While we were unfortunately but a few generations late to hear him speak these words, we commend him on setting a fine example for the future of fashion in the late 1400’s.

We have applied Machiavelli’s quote in the field of creating computer-generated images – something I’m sure Niccolo had planned in mind for the future.

You could think of it as lots of mice eating one piece of cheese, with each mouse having two heads, but that wouldn’t help to explain this concept any clearer and would probably confuse you even more than necessary. Instead, if you look at the image below this paragraph you can see how the single image is broken down into little individual boxes. Each box is then assigned to a processor – thus the whole image is generated by as many processors as we can throw at it! 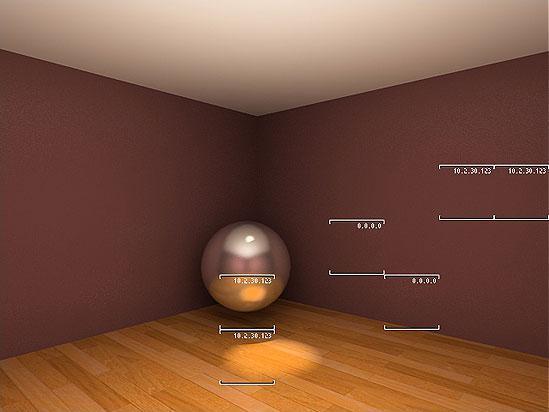 For the tech-buffs out there, this image took 2min 47secs on a P4 3.0Ghz box alone, and 1min 3secs with the assistance of a dual Xeon 2.8Ghz machine over the network.