Channel 7 stalwart and the face of Telethon Jeff Newman last night announced his retirement from television, ending a brilliant career not only as a news and weather man but this also means it will be the last time he anchors Telethon. 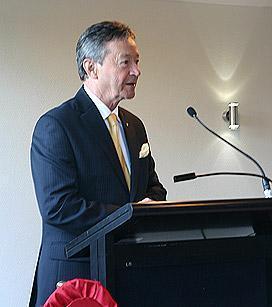 Jeff has been an absolute blessing for Telethon, the West-Australian charity that has raised funds annually for the sick children via the Princess Margaret Hospital – and throughout his career he has launched pretty much every Telethon Charity Home as well!

We wish him all the very best in retirement, I’m sure he’ll be found easily though – just check your nearest golf course!

The 2018 Telethon Home by New Level has sold!