Only because it’s a long weekend and the sun is finally shining, we decided to review a variety of international beers, courtesy of the International Beer Shop! 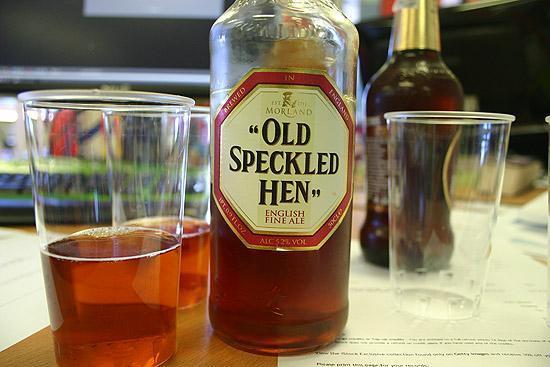 First cab off the rank is "Old Speckled Hen." A very honey-y aftertaste, quite a "thick" English Ale. General feedback (bearing in mind one of the staff is coming down with the flu and another is suffering from over-refreshment from the night before) is good, with an average rating of 7.25. (6.5, 7.0, 8.0, 7.5) 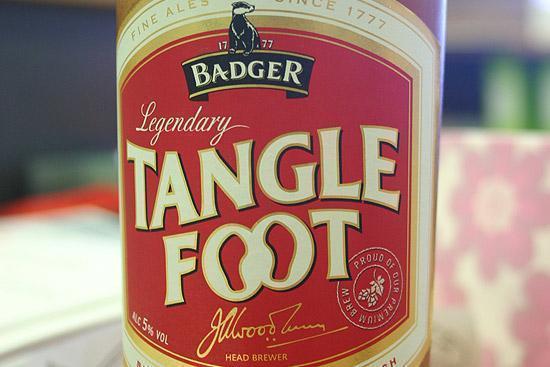 The Legendary "Tangle Foot" (or so the label says) was next up, and with a top label touting "Deceptively drinkable" we approached this one hesitantly. (or maybe that was the remnants of Directors still on our tastebuds) Upon cracking it open an immediate "smells of Grolsch" segregated the tasting team. The questionable notion of drinking something with "foot" on the label was also raised. Average rating of 6.55. (6.5, 7.2, 6.0, 6.5) 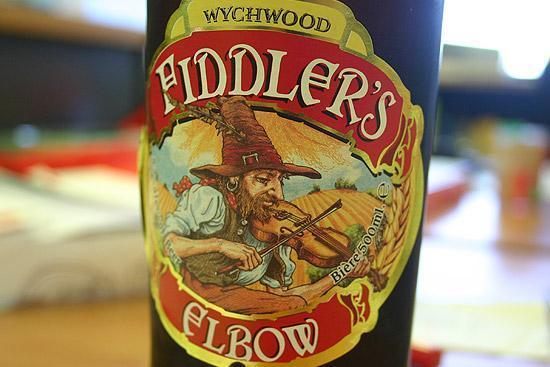 Not to be outdone by questionable labelling, the oddly-named "Fiddler’s Elbow" served from a dark glass was ‘partakened’ next. Curiously, it didn’t smell very tempting when cracked. Didn’t poll, due to the demo of FIFA 2010 being switched on…